After a long campaign full of both the thrill of triumph and the crushing weight of despair, one team of Dungeons & Dragons players has emerged victorious over all others!

A huge congratulations to Team Warbirds for beating out their competitors and securing their place of victory in the 5th Edition Team Deathmatch online tournament!

Customized trophies have been commissioned to honor these stalwart warriors. Remember their names.

5th Edition Team Deathmatch open league play is upon us!

Contact us NOW to get in on the action for a quick deathmatch and taste the glory! We’re looking for single players as well as whole teams for each of these matches.

The 5th Edition Team Deathmatch Online Tournament ladder and schedule is out! 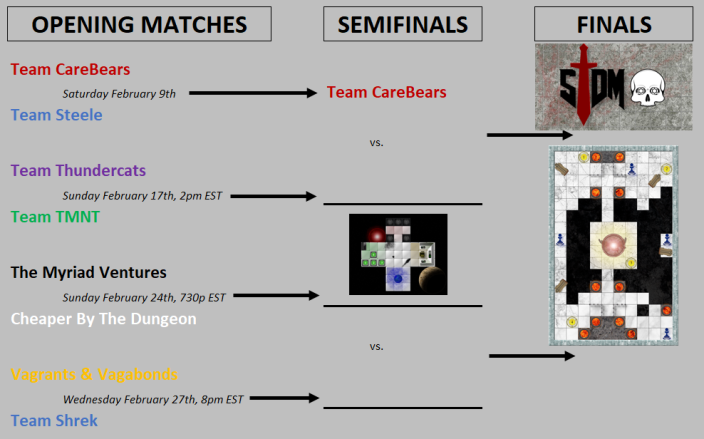 Come watch the follow your favorite Dungeons & Dragons competitors in heart-pounding action, devastating losses and triumphant victories either live on Twitch, or catch the replays on YouTube!

Under Arrest: The Drinking Game 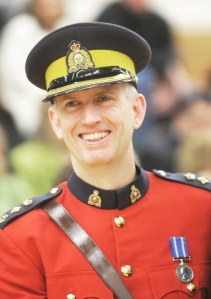 There is a void in modern day culture which we seek to fill. From the standpoint of US citizens, the crimes and antics of our northern neighbors can sometimes seem quaint and charming. Thus it is with a Netflix-available TV show called Under Arrest, originally broadcast in the Great White North in the year 1993 under the name To Serve And Protect. While we are neck-deep in heinous crimes and societal ills too disgusting to even fathom, Canada has just had too many beers. It’s a break from our reality, peering into their past reality of the ’90s, and a welcome break. This show follows the RCMP (Royal Canadian Mounted Police), which we are reminded are in cars and not horseback, as they respond to various law enforcement calls throughout the day and night.

Thusly, we have developed a fun drinking game to accompany what we find to be a fun romp through Canada. Like any drinking game, the fun and challenge comes from developing a list of drinking criteria that is both accurate to the media being consumed, as well as fun and surprising to the uninitiated. This is certainly a step away from the normal fare seen here, but I hope you’ll indulge us a little.

While watching Under Arrest, take a drink when you see or hear …

This entry was posted in Uncategorized and tagged Drinking Games.

We are showcasing the first of four opening matches for our 2019 Tournament of Champions! Team CareBear goes up against Team Steele on the Dwarf Fortress inspired arena STRIKE THE EARTH!

Out in the wild right now! A holy account of 100 hellish traps for any dark fantasy tabletop game.

Keep an eye here this month and look for detailed breakdowns and discussions!

And we are back from the end of year break and gearing up for the 5th Edition Team Deathmatch Online Tournament of Champions!

With nine teams, we will have a standard 3-tier single elimination format, with a bonus match (called Round 0) to eliminate one of the two outlier teams. This first match, Round 0, will be a 90-minute competition held sometime in mid-February. Additional details on that will be announced as they are developed. After the first match is over, we will regroup with the winners and plan future matches.

DEFY DANGER
Create a free website or blog at WordPress.com.